November 2012 – Billy sat in government class with 20 other high school seniors. Most of them were too busy fighting sleep to listen to Mr. Winchester lecture on the importance of voting. “Mr. Winchester,” Billy said with a raised hand, “let’s say I want to be active in politics. I’m already registered to vote, I’m informed on the issues and know who I am voting for. Is there anything else I can do?”

The teacher, excited to have an interested student, said, “Well, there’s not much more to do, especially being 18. Just being an informed voter is as much as anyone can ask of you.”

Like Mr. Winchester, many in the voting public believe being an informed citizen who votes is all that is asked or needed of the American electorate. What Billy wasn’t told is that there is much more he can do. His voice can influence the most powerful people in the world.

WHO? Americans are great at having opinions and sharing them around the water cooler, kitchen table or Internet forums. However, the vocal electorate often drops the ball when it comes to informing elected representatives (i.e., U.S. representatives and senators) how they feel about issues important to them.

The electorate should talk to their representatives frequently and consistently. It is beneficial to the representative, the constituency and the nation. Telling your representative where you stand on a controversial issue can give him or her the confidence and boldness that comes only by knowing there is support back home. It also lets those in Washington know that they are being watched and their decisions will be remembered when the voting booths open again.

When contacting representatives, remember that the people you are speaking with are fellow human beings who deserve respect. Respect is key not only because Scripture commands it in Hebrews 13:17, but also because people are more receptive when they are spoken to respectfully.

Even with the wonder of technology, there is still a strong place for personal communication. But keep in mind that representatives and their staffs are busy people. Correspondence should respect their time by being brief and to the point.

In the first paragraph, identify yourself as a constituent.

If you want a response, make sure to include your name and address, even when using email. In the second paragraph, provide details about the single issue you are writing about. Only include one issue per letter. Be as specific and succinct as possible, citing the correct bill title or number if possible. Include facts about how this particular bill will affect you and those in your area. Use the third paragraph to state your requested action.

WHY? Imagine a workplace where employees and employers speak only one time every four years. During that single conversation, employees must make a pitch to keep their jobs and employers make the decision to hire them for another four years or replace them with someone new.

Now imagine the cycle that workplace would inevitably experience. Right after getting the job, new employees start strong. During the second year, the work seems harder and employees begin slacking off. Since the boss didn’t take notice of the laziness in the second year, they slack off for the third year as well. Six months before the boss comes back, they work hard again to get rehired. After the boss’s decision to re-hire them, the cycle starts all over again.

Seasoned workers may have a different cycle. They work hard the first six months, but do things that the boss does not like. They follow their own ambition, sometimes going against the direct wishes of the boss. But they bet the boss will forget the insubordination over the next few years. Three years later, the boss has forgotten and seasoned employees are hired again.

Who is at fault for the destructive and unproductive culture of the workplace? The boss, the employees or both?

Of course the employees are at fault because of their lack of integrity. However, the boss is responsible for not holding his subordinates accountable. The boss is not managing well because he does not regularly inform his employees of his desires and expectations. Nor does he keep track of when an employee does what he is specifically told not to do.

Clint Eastwood, in his recent address at the Republic National Convention, perfectly explained why it is important for voters to contact those in Washington. He said, “We own this country. We own it. It is not you owning it, and not politicians owning it. Politicians are employees of ours. And so, they are just going to come around and beg for votes every few years. It is the same old deal. But I just think it is important that you realize that you’re the best in the world. Whether you are a Democrat or Republican or whether you’re libertarian or whatever, you are the best. And we should not ever forget that. And when somebody does not do the job, we’ve got to let them go.” 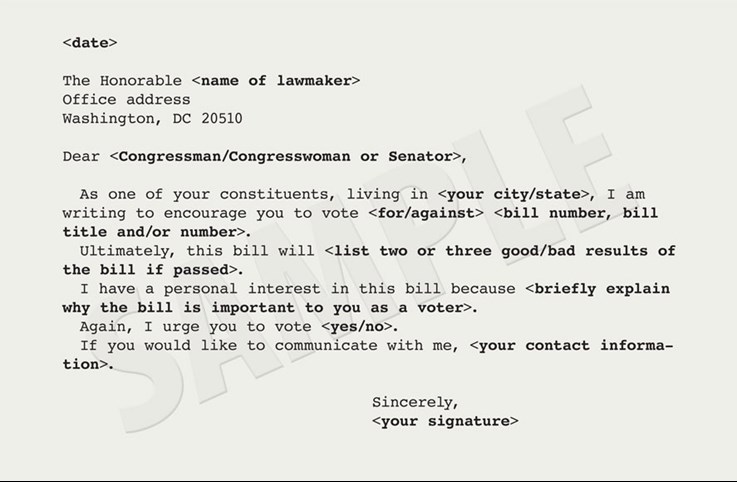