January 2017 – Laura struggled in school. She just wasn’t smart, or so she and her parents sometimes thought.

In elementary school all her friends tested into the gifted program, leaving her behind in the “average” class. In high school when she tried out for the girls show choir, she was offered a job on the stage crew.

A recipe for social failure and low expectations, right? Not in Laura’s case. Despite some melancholy moments, the opposite was true. Laura had friends in every social circle. She was voted class favorite and represented her class on the homecoming court. She was also the one on whose shoulder her friends cried when they had boy problems.

Surprised? Dr. Kathy Koch, child education expert and author of 8 Great Smarts, would not be. She would recognize that although Laura may not have been intelligent by traditional definitions, she was off the scale in “people smarts,” an area of intelligence in Dr. Koch’s new way of understanding “smarts.”

“Whatever old school ideas parents have had about intelligence, I want to tell them they are wrong,” Dr. Koch told AFA Journal. “In the spirit of Ephesians 4:22-24, it’s time to put off the old and put on the new.”

Bringing a biblical perspective to the research of Dr. Howard Gardner of Harvard University, Dr. Koch says in 8 Great Smarts, as well as at conferences all over the nation, that all children are smart. More specifically, each child has eight different ways to be smart. According to Dr. Koch, parents and teachers are given the privilege of identifying, awakening, and nourishing those smarts, some of which will emerge as dominant, according to God’s purposes.

In the process, children and parents are blessed with great freedom to lay aside old, limited notions of what it means to be intelligent. Competition and envy can fall by the way. When added to faith and Christian character, the result can be God-glorifying, purposeful lives in which children grow into adults equipped to use their particular “smarts” to fulfill the good works “which God prepared beforehand, that we should walk in them” (Ephesians 2:10).

Eight great smarts
According to Dr. Koch, intelligences that become strengths are determined by both the way God hardwires a child, as well as the providential circumstances of his or her life – in other words, nature and nurture.

Along the way, some interests turn into strengths. Others go undeveloped and some plateau at a point in between. However, any smart can be improved and trained, Dr. Koch writes in 8 Great Smarts.

Her list of intelligences begins with two that are traditionally proven with grades and degrees: word smart and logic smart.

Logic smart children exhibit strong reasoning power, a quality that is usually reflected in school success and often leads to careers in which problem solving and analysis are valuable, such as science, engineering, technology, or math.

Although the other six smarts are not difficult to identify, generally they are not considered intelligences on the same level as word or logic smarts because they are not easily tracked with grades or testing. That is a crucial mistake, Dr. Koch says.

Picture smart – Children with this intelligence think with visuals that can include diagrams, maps, charts, pictures, etc. They have ability to observe, transform, and re-create different aspects of the visual-spatial world, Dr. Koch writes.

Music smart – These children are drawn to rhythms and melodies. Generally they have the ability to sing in tune, to keep time to music, and to distinguish musical styles. Music smart children often have a song going inside their heads that becomes apparent in whistling, humming or rhythmic body movements.

Body smart – Children who are particularly body intelligent think with movement and touch. They are talented in controlling their body movements and have large and/or small motor skills. Activities to which these children are drawn range from sports and acting to carpentry and building models.

Nature smart – Children who had rather be outdoors than indoors are often nature smart. They tend to enjoy animals, as well as classifying plants, and minerals.

People smart – These children naturally connect with others and can discern and respond to their moods, intentions and desires. They have the ability to see the world from someone else’s point of view. Therefore, they tend to be leaders.

Self smart – The ability to understand themselves is the strength of these children. As a result, they are satisfied to enjoy being alone and are reflective, self-disciplined and driven by goals.

Rethinking thinking
“All children want to be smart. And all children need to believe they are smart,” Dr. Koch told AFAJ. Children who think they are stupid will not study more, rather they will study less because they will think What’s the use? I’m stupid.

The negative outcomes of such a notion can lead to a lifetime of frustration, failure, unreached potential, and unfruitfulness in God’s design.

“We have all been created for a purpose,” Dr. Koch said. “Understanding and fulfilling that purpose is obviously connected to the kind of smarts with which God has gifted each of us.”

To begin the process of discovering and nurturing their child’s smarts, Dr. Koch says parents must recognize that their children have been made in God’s image, not their own.

“Our kids have been created to do the work God designed for them,” she said. “As parents, we must honor His intent.” 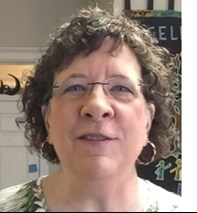 Kathyisms
Dr. Kathy Koch (left) is founder of Celebrate Kids, Inc. based in Ft. Worth, Texas. She is a former professor, second-grade teacher, and middle school coach. She has been a guest on many radio talk shows and a keynote speaker at homeschool conventions.

Dr. Koch is word smart and has developed the ability to say a lot with few words. From 8 Great Smarts and short videos at vimeo.com/kathykoch, the following “Kathyisms,” reflect and expand on her model of nurturing multiple intelligences.

▶ “Smart” is a power word.
▶ Too much of a good thing, isn’t a good thing.
▶ Celebrate your child’s present value, and his or her future potential will come true.
▶ Every child was created on purpose, with purpose.
▶ Children are human beings, not human doings.
▶ Teachers are educators, not entertainers.
▶ Show me your friends, and I will show you your future.
▶ Parents who only tell their children they’re smart, and don’t talk about the role of character, create a dangerous situation.
▶ Strengths not harnessed can become weaknesses.

Books by Dr. Kathy Koch
▶ 8 Great Smarts: Discover and Nurture Your Child’s Intelligences
▶ Screens and Teens: Connecting with Our Kids in a Wireless World
▶ No More Perfect Kids: Love Your Kids for Who They Are
All are available at celebratekids.com or at online booksellers .