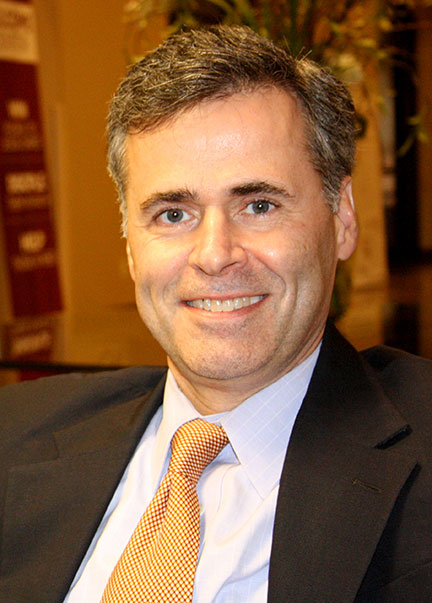 The letter, signed by the 16 jurisdictional delegates from the area’s two annual conferences (Rocky Mountain and Yellowstone), explained that since the election and appointment of the [lesbian] Rev. Karen Oliveto as the area’s bishop, “there has been stress in some of our most theologically diverse congregations. Some have lost members. Others have had members withdraw their financial support.”

The communiqué goes on to state that the fund is being created, “to provide churches with short-term financial assistance … where a pastor’s compensation is at risk.”

In short, some of the very Western Jurisdictional delegates who ignored the church’s teachings on marriage and rejected its sexual ethics by voting for Oliveto, are now asking lay people and clergy, many of whom respect the will of General Conference, to affirm the church’s governance structure, and believe its [biblical] teachings on these matters are grounded in Scripture, to fund the consequences of their defiance.

For years, some progressives and institutionalists have claimed the church’s plunging worship attendance could be traced to its archaic sexual ethics and its failure to affirm same sex marriage. And in fact, the letter implies the need for financial assistance is just a “short-term” fix, presumably to be rectified when secular liberals and Millennials begin pouring into local churches prepared to tithe and lend a hand repairing the church’s roof.

But before anyone buys into this dreamy scenario they might want to see how things are going for old-line denominations like the Presbyterian Church USA (PC-USA), the Episcopal Church, and the United Church of Christ (UCC), denominations that have been running this [free-sex] experiment for the past decade or two.

In early 2016, PC-USA officials projected the denomination would shed 400,000 members from 2015-2020. This is on top of a whopping 28% plunge in membership between 2005 and 2015. The denomination raises funds for the general church by assessing a per member amount that each congregation is expected to pay. That figure is set to rise 12.5% over the next five years, even as the church plans to cut outlays by 12% from 2017 to 2020. Perversely, even increasing the per-capita member amount fails to generate the necessary funds for growing the church when membership falls so precipitously. UM Church officials should take note.

Since the consecration of an openly gay bishop in 2003 and the liberalizing of its sexual ethics and teachings on marriage, the Episcopal Church has watched its worship attendance drop by an astounding 26% from 2005 to 2015. It is in the process of closing seminaries and has even contemplated selling its church headquarters building in New York City.

And finally, the UCC, which was the earliest adopter of a liberalizing strategy, is now in free fall. It has laid off numerous church officials, watched hundreds of churches exit the denomination, and seen the vast majority of the remaining ones shrink in size. Membership plunged by 28% between 2005 and 2015, and church officials warned earlier this year that, on its current trajectory, the denomination would essentially collapse by 2045.

To be sure, some will respond that church is about more than seeing how many people you can pack into your pews. But by the same token, church leaders, like the 16 delegates who signed the request for “financial assistance,” need to candidly state the likely long-term cost their agenda will require of people in the Rocky Mountain and Yellowstone annual conferences.

Here’s betting it will be very steep.

Walter Fenton is a United Methodist clergyman and an analyst for Good News magazine. This article was originally published at goodnewsmag.org, January 9, 2017, under the title “We Don’t Like Your Ethics, But Please Fund Ours.”