Awaken the dawn with prayer for life

October 2017 –“If Norma McCorvey can change her mind, so can the court,” Allan Parker, president of Justice Foundation, in San Antonio, Texas, told AFA Journal.

McCorvey, the plaintiff in the Roe v Wade case, initially believed it was imperative that mothers have the unhindered right to abortion. After the Supreme Court decided her case in 1973, abortion became mainstream, casting a dark, beastly shadow across the land.

The claim of “safe, legal, and rare,” often used to support legalization, was an obvious misnomer. By 1978, well over one million babies were being killed in the womb every year. More than one-third of every 1,000 live births ended in induced abortion.

In McCorvey’s determined effort to secure an abortion for herself, she had lied about being gang raped. Ironically, the legal battle stretched far beyond her pregnancy. While she never had an abortion herself, she worked for years in the abortion industry.

Instead of experiencing the satisfaction she sought, she allowed anger and bitterness to overwhelm her. Then in 1995, she received Christ as Lord and Savior, and her views began to change. Though her life was difficult, she fought to save the lives of unborn babies for the remainder of her days. In February 2017, she died without her dream of seeing the notorious case for which she was responsible overturned.

It nearly happened in 1992 with the Planned Parenthood v Casey Supreme Court case. On the day of oral argument, nine justices took a preliminary vote. The result was 5-4 to reverse Roe v Wade. Justice William Rehnquist, one of only two who voted against Roe in 1973, was prepared to write the majority opinion to overthrow the shameful decision.

“After that oral argument, 600,000 angry women came, in April 1992, and marched in front of the Supreme Court yelling ‘woman’s choice,’ ‘our body,’” Parker said. “And Justice Kennedy changed his mind. So then it became 5-4 the other way.” 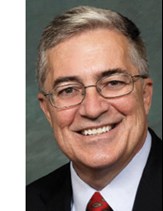 “We really didn’t have the prayer movement then,” said Parker. “And we didn’t have the counter to that emotion. And under the law of precedent, when a decision has not been accepted by the American people, a reason for overturning it exists.”

The Law of Judicial Precedent, a treatise on the doctrine of precedent, clarifies that precedents can be overruled when “the decision has been met with general dissatisfaction, protest, or severe criticism.” The treatise was coauthored by President Donald Trump’s newly appointed Supreme Court Justice, Neil Gorsuch, 11 other appellate judges, and attorney Bryan A. Garner.

“Has Roe v Wade been met with general dissatisfaction?” asked Parker. “Yes. And it continues to be met with dissatisfaction 44 years later. And that’s why we are starting a petition to the U.S. Supreme Court itself urging them to end the crime against humanity – that is Roe v Wade and the other cases like it.”

A crime against humanity occurs when the government withdraws legal protection from a class of human beings, resulting in severe deprivation of legal rights up to and including death. Such crimes are clearly recognized in Germany’s holocaust, which evidenced the government’s permission to murder one class of its citizens – Jews.

And here at home, the nation has been tainted by the evils of slavery, as well as the mistreatment and segregation of black Americans. “If you think about it,” explained Parker, “Brown v Board of Education, the case that ended segregation, was met with dissatisfaction initially. No one except a few white supremacists would seriously contest it today. But Roe v Wade has not been accepted, and it never will be – because we are killing human beings. We can’t accept that.”

The moral outcry
What if millions came forward to sign a petition to the Supreme Court, a legal mechanism for the nation’s citizens to communicate that Roe v Wade was faulty and unacceptable for a just society?

To facilitate that process, the Justice Foundation is representing the American people at no charge and is partnering with many other life-affirming organizations, including AFA. Also, many state attorneys general are watching for cases that could bring about overturning Roe v Wade.

“It could be any case or law that bans or restricts abortion in any way,” said Parker. “If the abortionists claim that a 48-hour waiting period, or sonogram law, or 20-week ban violates Roe v Wade, a woman’s constitutional right to abortion, then it’s appropriate for a state attorney general to say, ‘Well, we don’t think that’s true.’ But if it is, we think Roe v Wade should be reversed.”

Such a case could be presented at any time. And the Justice Foundation will be ready to take the petitions to the Supreme Court and present them in a variety of ways as cases work their way through the courts.

Awaken the Dawn
“We can’t do it without prayer and repentance,” said Parker. “We as a nation need to repent for the sin of abortion before God almighty. That’s number one. Then we humble ourselves and turn from our wicked ways. When pastors start preaching, praying against abortion, and offering forgiveness – not condemnation – for those who had abortions, then God can heal our land. (See below.)

Hundreds of thousands of Christian, pro-life worshippers will gather October 6-9 at the National Mall in Washington, D.C., to cry out to God in one voice. Fifty prayer tents, one representing each state, will line the property. The “tent city” will be filled with worship, music, prayer, and the gospel.

An interdenominational pastors’ event will take place Saturday, and a massive gathering of worship and prayer with national leaders will be held the final day. Many more components of the four days are yet to be announced.

Parker urges all pro-lifers to be a part of this crucial outcry for the repentance and healing of our land. Nothing like this has ever been done before in our nation’s capital. It’s time for it to be a resting place for the presence of God and a staging ground for missions.

It is a sin for Christians to forget God is on the throne. Anything can happen. And that’s why we should not despair of praying or despair of being salt and light in our culture.
— Ed Vitagliano, AFA executive vice president