October 2017 – Giving birth out of wedlock and in dire poverty, a young mother went to the riverbank to throw her infant daughter into the murky water. When someone yelled at them, the mother abandoned her baby to die and ran.

“I was called for the rescue,” said Dr. Charles Mully. He prayed as he sped through the slums of Nyaru, Kenya. “And I made it in time to save that little girl.”

Charity, as she was named, was not only rescued that day 12 years ago; the Mully family adopted her.

Mully told AFA Journal that Charity is doing well in school and is happy with life. She loves to sing and hopes to become a nurse. 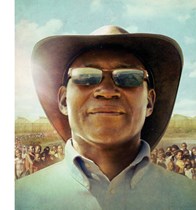 The call to one man
With the Mullys, Charity found her forever family – as did her 16,000 siblings. Since 1989, Mully, his wife Esther, and their eight biological children have rescued 16,000 children from Kenyan slums, creating the largest family on earth.

Their ministry not only rescues orphans, Mully Children’s Family houses, feeds, clothes, and educates an ever-growing number of children as members of their family.

In fact, Daddy Mully (photo, right), as children call him, has dedicated his life and resources to saving every child possible. Mully himself was abandoned at age six and grew up on the streets.

He gave his heart to the Lord at age 16 and tenaciously forged a path to success, growing a small taxi service into a multi-million dollar business empire.

In 1989, when Mully announced God’s leading to rescue Kenya’s street children, his affluent family balked, unable to fathom why he would never conduct business again. But Mully was certain of his calling.

“I had no peace without fulfilling the vision I received from God,” explained Mully. “I felt God saying, ‘You are the one I am sending to the most vulnerable children. Rescue and feed them. Give them shelter and become their father.’”

Obeying immediately, Mully recalled, “When I went out to the street and got a few street children, I was in high spirit, full of compassionate love for Jesus.”

The challenge to all
Meanwhile, Esther struggled with Mully’s decision. “It was difficult to get into my husband’s shoes and accept children who belonged to other people,” she said. “[However], I supported my husband wholeheartedly.”

Mully’s children took longer to accept their father’s new path. But as God miraculously provided for their ever-growing family, they eventually became integral parts of MCF. In fact, they recently helped their parents narrate Mully, an inspiring documentary in which family members recount the tragedies and triumphs of MCF.

“I have never slowed down with finding and saving vulnerable street children. It is God’s call,” declared Mully. “Hence it continues without stopping.”

Besides continuing rescues, MCF has provided more than 500,000 people with basic necessities of life. Current plans include building universities where “knowledge, skills, innovation, creativity, and wisdom will be taught to all the students from poverty stricken homes,” Mully said.

Mully challenges Christians everywhere: “Each and every one of us needs to know we are God’s creation, His people. We should be ready to move from our comfort zone to wherever He sends us.”

____________________
In addition to child rescues, MCF has flourished through innovative land management and water conservation. Mully pioneered ways to create and sustain the perfect agricultural microclimate in the desert.

“My work has become a model in many parts of the world,” explained Mully. “Several groups of leaders, organizations, corporations, schools, and churches have come to study and learn.”