‘The Girl Who Believes in Miracles’

September 2021 – In Larry Jaffe’s 98 years of life, one can only imagine how many young hopefuls have journeyed to Hollywood with dreams of making it in the film industry. Though never his aspiration, this seasoned gentleman backed out of retirement and entered an unexpected line of work – filmmaking.

It began with a rather unremarkable conversation years ago when Jaffe was still working as a marketing research professional. When a business friend mentioned that he had written a movie script, Jaffe responded in his usual accommodating manner.

“He was giving up on it because he had tried for three years to place it,” Jaffe told AFA Journal. “It was unsuccessful. So I asked him to send me the script.”

Forgotten but revived
Jaffe read the script and liked it. He decided to try and help his friend by recommending it to some of his contacts.

An Australian producer showed interest but backed out when he realized the enormity of the budget required to produce the film. After that, Jaffe said he “sort of forgot about it,” until more recently when a well-connected Hollywood screenwriter helped Jaffe develop allies in the film industry.

As Jaffe worked raising funds to produce the film, Rich Correll was hired as director and producer. “He rewrote the script and made it come alive,” said Jaffe.

After three years in production, The Girl Who Believes in Miracles (rated PG) released in over 1,000 theaters in April 2021 and is now available on streaming platforms.

Oscar winner Mira Sorvino and Emmy winner Peter Coyote play key roles along with Kevin Sorbo and Austyn Johnson who plays Sara, the little girl who hears and takes seriously her pastor’s message about faith that moves mountains. She begins to put faith into action – through prayer.

As miracles become the talk of the town, attention is focused on Sara. Though her parents try to protect her from the consequences of notoriety and demanding pleas for prayer, the weightiness of it all proves detrimental. Yet Sara’s determination to see Jesus brings about an unlikely crescendo.

A worthy purpose
“I really believe she deserves an award for the job she did!” exclaimed Jaffe.

Perhaps Jaffe also deserves an award for revitalizing a script rejected and long forgotten, all to remind the viewers that faith the size of a tiny mustard seed really can move mountains. At the heart of that message is what Jaffe sums up in one word: empathy.

“The little girl who plays Sara in the movie … thinks of others constantly; she helps others,” said Jaffe.

Likewise, Jaffe thought of others as he fought for the film, realizing it had the potential to help others live as faith-filled givers.

Though Jewish himself, Jaffee affirms the Christian faith theme of the story. Already working on his next film, he refuses to allow the mountain called “age” to get in the way.

Learn more about the film at thegirlwhobelievesinmiracles.com 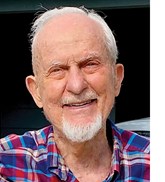 Jaffe’s words of advice
To the young:
Older people have been around for a while. And most of us have gained some wisdom. And you can gain wisdom by listening to them.

To the old:
Be friendly to younger people. Words speak loudly. But action counts. So if we are friendly to young people, they’ll respond positively to us. Show them how we can help them. And always try to help them. Give them some stories of our lives, and let them know that we also had problems. But because we never gave up, we overcame our problems.

Never give up. You’re never too old to start something new. Be optimistic. That’s so important for your happiness.