Still the God of all nations 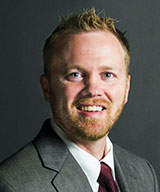 July 2020 – We have all heard it said that God does not care who wins a football game. While theologically this may be true, I never like to say, “God doesn’t care about, you-fill-in-the-blank.” He may care differently than we do, but I believe He cares about everything.

There are Christians who believe God does not deal with or care about nations under the New Covenant in the same manner He did under the Old Covenant. They say He deals with believers and non-believers on an individual basis because the New Covenant offers a one-on-one relationship with Christ. This part is absolutely true; we are no longer under the Law but under grace (Romans 6:14–15). The Old Covenant has served its purpose and has been replaced by “a better covenant” (Hebrews 7:22).

“In fact, the ministry Jesus has received is as superior to theirs as the covenant of which he is mediator is superior to the old one, since the new covenant is established on better promises” (Hebrews 8:6).

The most obvious reference to nations in the New Testament is Jesus’s command to His followers to make disciples of “all nations” (Matthew 28:18-20).

Not only does God still care about nations under the New Covenant, He has given us clear instructions on how they are to operate (Romans 13:3-4). Therefore, if nations are commanded to do good and not bad, it is logical that there must be a curse for doing bad and a blessing for doing good.

We see in Acts 12:23 that Herod, king of Judea, allowed and encouraged others to worship him.As a result, God struck Herod dead. This is a New Testament example of a nation making a bad decision and the curse resulting from that sin.

To see a good decision that results in blessing, consider the 2017 decision of the U.S. to stop supporting international abortion. We immediately saw the number of abortions (murder) across the world decrease. Few people understand how much money American taxpayers were sending overseas for international abortions, but that has now been cut off. Knowing we chose life over death on this particular decision is the reward.

Now it’s likely at this point you are thinking through a decision some nation or group of nations made in the past, but you are unable to see the blessing or curse of it. The truth is, sometimes we can see it, and other times it either takes longer to reveal itself, or it takes a refreshing of our eyes to see in a spiritual context.

In any case, it’s not for us to figure out if a nation’s good has outweighed its bad in terms of God’s dealing with a nation. Our job is to stand for righteousness and call for repentance. This means we need to do all we can to promote good not just as individuals, but also as the nation of which God has made us citizens.

He reaffirms His design for borders, reaffirms and gives guidelines to the governments of nations, and even calls Christians to be leaders of nations on many levels. In all of Scripture, Old Testament and New Testament, we see God not only bless or punish individuals because of their actions but also bless or punish nations depending on their actions. He does so for our good and His glory.