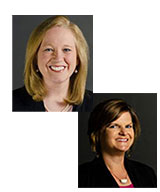 March 2021 – In today’s culture, truth is sometimes hard to find. John Cooper, lead singer and bassist for Christian rock band Skillet, feels convicted to be a guiding light in today’s dark culture that seems to have lost all sense of any absolute truth.

AFA Journal spoke with Cooper about his convictions and specifically about his recently released book titled Awake & Alive to Truth: Finding Truth in the Chaos of a Relativistic World.

AFA Journal: What inspired you to write a book?
John Cooper: Around 2012 I began to feel that the entire world had changed, and I did not understand it anymore. I remember thinking: Is this because I’m old? Is this because I have kids, and I haven’t had time to pay attention to the news? But I knew it wasn’t that. … Something had changed.

AFAJ: What was it?
JC: It took me three years [to figure it out]. I began reading, I mean devouring books. I bet I read 200 books. I remember finishing a book, and I finally figured out what was wrong, what had changed. It is the fact that we do not believe in truth anymore. We’re living in a postmodern society. I began to see why Christianity was changing so much. Once you don’t believe in absolute morality or immorality, then you don’t have a foundation of authority in Scripture.

AFAJ: So how did this lead to your book?
JC: I was on fire. I felt like I needed to tell as many people as I could [about] what is happening. Because if we don’t change this, not only is America going to fall apart, but the world will [also] fall apart.

AFAJ: What is the main focus of your book?
JC: There are two ways you can find “truth.” One leads to real truth and the other way leads to [spiritual] death. The first way leads to life in Christ Jesus. We can know how Jesus tells us to live because we have His Word – real truth in the Bible.

But if you choose not to believe in Jesus’ words, then the only option you are left with is to find “truth” in relativism, [which] is finding “truth” in your own heart, your own emotions, … searching Twitter or Snapchat for people to tell you what you have to believe today. All you have to do is turn on the news.

That’s what relative “truth” has done to us.

Skillet fan interviews lead singer
After attending Skillet concerts for years and listening to Cooper Stuff podcasts for months, I was thrilled to interview Skillet’s lead singer John Cooper over the phone about his new book, Awake & Alive to Truth. (Available at johnlcooper.com.) He writes about living in a “culture that is more concerned with tone rather than honesty, emotion rather than critical thinking, and empathy rather than truth.”

According to The Media Collective, the book “takes readers on a journey through personal stories, the doctrine of original sin, the authority of Scripture, the danger of trusting your emotions, and ends with the greatest news possible: God wants to rescue you from the chaos and the darkness and bring you into His glorious light.”

With that in mind, I asked Cooper what he thought about In His Image, the most recent film produced by AFA’s American Family Studios. He said he loved its scriptural basis and its focus on the inherent value of every single person being created in the image of God.