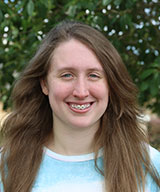 October 2021 – On February 15, 2015, ISIS released a video of the terrorists beheading 21 Egyptian Coptic Christians wearing orange jumpsuits on a Libyan beach. The video went viral and upset many Christians. They were awakened to the suffering of those who did not live in the safety of a country like the U.S., where religious freedom is protected. Christians felt for their persecuted brothers and their families and started wearing orange to honor them, to support them, and to bring awareness about the dangerous situations they lived in daily.

During that time, Engage Magazine wanted to help its readers offer some support to the families of those martyrs. As a result, Engage created the Orange Letter Campaign (OLC). This campaign allowed people to send letters of encouragement and comfort to the widows of those 21 persecuted Christians. The result was more than anticipated as 2,000 letters went out to these families.

Our mission
This has become an annual event aimed at helping comfort others who face persecution. The focus of these letters has ranged from encouraging pastors in Syria to Christians in North Korea to widows in Nigeria. Engage has teamed up with Global Outreach to send letters to many different missionaries around the world.

As an interdenominational organization dedicated to equipping missionaries to use their talents effectively, Global Outreach raises support for each missionary as well as handles their financial needs. This organization also works closely with churches in many ways to help their missionaries abroad.

The mission field is hard, especially in third world countries where all the luxuries we take for granted are practically non-existent or under regimes known to be hostile to Christians. COVID-19 has definitely made things harder with all the shutdowns. Missionaries were stuck in some difficult places with no way out as virtually all travel ceased in a vain attempt to stop the spread of the virus.

And the shortages of foods and other necessities are much worse in other countries than in the U.S. Most countries are still struggling. The OLC serves as a reminder of the persecution faced by missionaries around the world and provides a way for us to reach out to them.

“Our goal is to reach those who need to be told that they are not forgotten,” said Jordan Chamblee, head editor of Engage.

Being away from home can be hard enough, and it will not take a lot for someone to feel alone in a situation like this, especially with how the world is now. These letters connect the people at home to those on the mission field. We become informed of the situation out there and are given an opportunity to help them. This shows the missionaries that they are not forgotten, and they have the support and prayers of their fellow brothers and sisters in Christ. It encourages them to continue doing the ministry the Lord has sent them to do.

Encourage a missionary family
We ask you to write letters to missionary families. Include Bible verses or a prayer and words of encouragement. If you’re not sure what to write, pray and ask God what He would want you to say. Just show them they are not alone.

The dates for the OLC are October 14 to November 5. Visit engagemagazine.net to write your letter and submit it for delivery to bless a missionary family.