July-August 2016 – Larry Salway was six years old in 1952 when a Native pastor came to his family’s tent on a Lakota Indian reservation and invited him to Sunday school. “That was the first time I had ever heard about Jesus,” Salway told AFA Journal. “And it was the only time I went to church as a child.”

He spent the rest of his childhood on South Dakota reservations training to be a medicine man, believing the Native American religion to have magical powers of healing and seeing into the future.

But a white boy came to Salway’s home when he was in his late teens. The young man shot rabbits, deer, and pheasants, and literally kept Salway and his family from starving to death that winter. In the spring, the young hunter returned to invite his new Indian friend to a Christian camp meeting. By this time, Salway was deeply rooted in Native religious beliefs, but he agreed to go with his friend anyway.

“There I was, 19 years old,” said Salway. “I had never been to a camp meeting, and I had never seen anything like it – both Natives and non-Natives were worshipping, singing together, and giving their testimonies. I heard the story of Jesus again. I heard that He loved me, died for me, and would forgive me. I got under conviction for probably 10 days; but finally the Lord won.”

Salway turned his life completely over to Christ and attended Brainerd Indian School to prepare for pastoral ministry. He married Dale, a woman of Native roots and Caucasian upbringing, and the couple has been planting churches and pastoring for over 45 years.

Their current church, He Sapa New Life, in Rapid City, South Dakota, operates “without walls” and specifically reaches out to reservations where 98% follow Native religious practices. Having grown up in the oppressive environment of a Lakota reservation, Salway longs to see his people set free.

A Western perspective
In 2010, Atlanta natives Bob and Debby Bogart were missionary pastors of Kingshurst Evangelical Church in Birmingham, England, when they received an invitation to pastor Capitol Heights Baptist Church in Pierre, South Dakota. Any initial thoughts of an easier life dissipated when they researched the area and discovered the church was surrounded by Indian reservations.

“We quickly realized how much of the ministry would be to Native Americans,” Bob told AFAJ, “and this was simply another step in missions.”

After years of working in Liverpool’s city mission, the couple knew what it meant to work among forgotten street dwellers in a massive city of 470,000. But they soon discovered they were profoundly unprepared for the loneliness and isolation they would face in Pierre, a city of 14,000.

Although Pierre is the capital of South Dakota, it is relatively small and has no direct access to the federal interstate system. The desolation, however, is less associated with transportation breaches than with unmet spiritual longings of America’s indigenous people.

“Life on the reservations is dismal,” said Bogart. “There is so much darkness, so much need. Native Americans fall through the cracks right here in a land of plenty – in a land of supposed opportunity.”

A Native reality
The U.S. is home to 567 federally recognized tribes in 35 states. Within these communities, statistics reveal a tragic and burdensome reality.

Oppression is often accompanied by rampant alcoholism, accidental deaths, assault/homicide, and alarming suicide rates. American Indians and Alaska Natives continue to die at higher rates than other Americans due to health issues related to chronic liver disease and cirrhosis, diabetes mellitus, and chronic lower respiratory diseases. The average life expectancy for AI/ANs is 4.4 years less than all other races. Perhaps most disturbing is the sense of hopelessness found in children and young people. (See below.)

According to Salway, presentation of Christianity that offers unconditional acceptance is particularly difficult for American Indians to grasp. Barriers have been created by historical attempts to sever Natives from their traditions in order to make way for Western thought and Christianity.

Salway became keenly aware of existing, unspoken but rigid rules relating to expressions of his cultural identity when he attended Bible college.

“I would have loved to practice my cultural activities,” he explained, “but I had to basically throw away my identity and assume the culture of dominant society to be considered a Christian. That has turned a lot of people off. They want to be free to be Native.”

A call to reconciliation
Beginning in the 1860s, multitudes of American Indian children were separated from their parents who had been forced onto reservations. The children were placed in government schools intended to assimilate Indian tribes into the mainstream “American way of life.”

Within the context of Christian teaching, attempts were made to remove every aspect of Native tradition, religion, and communal mindsets. Abandoned were all outward Indian appearances, including traditional Native dress, hairstyles, and food choices. They were given new names and discouraged or forbidden from speaking their Native language.

In 1978, Native American parents’ legal right to deny their children’s placement in off-reservation schools was recognized. But scars remain.

“For 150 years or more, Christianity has been presented with baggage,” said Salway.

“And so with that negative view of the gospel, research has shown that only 2% of our people are in the Christian way. We have to contextualize and be aware that the Native worldview is quite different; and we have to do it in a culturally sensitive way.”

According to Salway, volunteer church teams that go to the reservation to serve and show unconditional love help with the process of reconciliation. “Congregations have changed in their mindset and worldview just because a handful of them were able to be out here,” he explained.

Bogart’s burden for his beloved neighbors, the Native American people, is expressed well in his statement, “You can’t go back and sanitize 150 years, but you can make a difference today. As followers of Jesus Christ, you can show that there is a better way; the better way is through Him!”

Depressed, distressed
▶ A 2006 study found that AI/AN youth suffer with higher rates of anxiety, substance abuse, and depression.
▶ In 2006, one-fifth of AI/AN males ages 10-14 died by suicide, making it the leading cause of death.
▶ In 2007, 8.5% of all AI/AN youth were struggling with an alcohol use disorder compared to 5.8% of the general population.
▶ Fifteen percent of AI/AN youth are involved with gangs compared to 8% of Latino youth and 6% of African American youth nationally.

▶ Examining preconceptions about Native people.
▶ Learning their history and their way of life from their tribal perspective.
▶ Accepting differences and working within the context of cultural differences.
▶ Praying intently for the barriers to be removed in sharing the gospel. 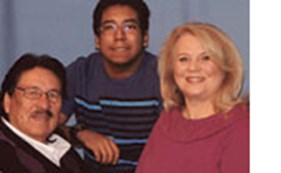 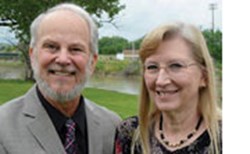