Higher education: an attack on America and God 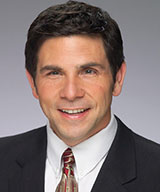 This commentary was condensed from the original that appeared on AFA’s blog at afa.net/the-stand.

Variations of that sentiment have been circulated by trend watchers, cultural commentators, and worldview speakers like myself for years now. Brainwashed author Ben Shapiro observed that college “education” at many a university today amounts to “a four-year attack on America and God.”

Liberal arts education has become anything but liberal. At PC-driven schools like Berkeley, the term university should more honestly be rendered, “monoversity.” History is revised, Western civilization is denigrated, Christianity is ignored or mocked, Darwinism goes unquestioned, voicing your conservatism will get you failed, and it is a given that traditional values are to be abandoned.

In personal interviews with hundreds of students, professors, and administrators throughout all 50 states, the stories I have collected and corroborated are mind-boggling. College education is less about the pursuit of truth, and more about imparting a carefully guarded, often forcefully imposed narrative of economic socialism, political globalism, moral relativism, militant secularism, and personal meaning through hedonism.

Unless your child has steeped himself in the great traditions of western thought, rigorously mastered critical thinking skills, and is able to spot contradictions, fallacies, and outright lies for himself, an undergrad degree will effectively be a programming exercise designed to turn a graduate into a compliant, “worker bee” leftist.

And parents, don’t think for a minute that your child’s college education will be different because you are sending your son or daughter to a school that has been historically religious or tied to a particular denomination. Having spoken at dozens of campuses throughout the nation, I know firsthand that some of the most vehemently liberal are the schools that were built one or more centuries ago by some branch of Christianity.

I remember being scheduled to speak at a historically Methodist school and being cancelled on the day of the event. The president pled with me to understand, saying, “You’d thank me for cancelling … I have an insurrection on my hands.” Oddly, this particular school had hosted a Wiccan wedding in its chapel only weeks prior to my scheduled lecture. I wonder what John and Charles Wesley would think of a Methodist school where faculty, students, and administration were OK with an occult ceremony presided over by a witch, but would refuse to hear what a Christian speaker might say.

Imagine a Baptist university where my ministry had scheduled a speaker to appear and give a lecture on the fossil record. This particular university – known for making much of its Baptist heritage – had in their speaker series a featured lecture on gay poetry by a presenter who only had an undergrad degree. At the request of some students (and working through approved university protocols), our ministry helped bring to campus a geologist who was to lecture on objections to Darwinism from within the scientific community.

Thus began major pushback and a petition signed by many professors. It was demanded that this speaker be cancelled on the grounds that one who questioned evolution was clearly, “not scientific.” In the local newspaper, representatives from the faculty accused the speaker of not being, “an academic.” We pointed out that his Ph.D. was from Oxford. Again, the irony of 21st century higher education: At a historically religious school, a gay poet with a bachelor’s degree is welcomed, but a Ph.D. whose research might possibly undermine Darwin must not be heard.

Ironically enough, what has become the not-up-for-discussion doctrinal foundation of American academia (the presuppositions of evolution) was encouraged for debate by none other than Charles Darwin himself, who called for evaluation of his theory: “A fair result can be obtained only by fully stating and balancing the facts and arguments on both sides of each question.” That logic should really be applied to other issues as well. But for too many unsuspecting students (and their beleaguered benefactors who pay the tuition bill), the pressure is to question nothing and to comply completely.

Alex McFarland founded and leads the “Truth for A New Generation” apologetics conferences (truthforanewgeneration.com). Along with Bert Harper, he co-hosts Exploring the Word on American Family Radio (M-F, 3:00 p.m. CT).