A father's dysfunction: ‘I wish it were me in that gown’

November 2020 – Transgenderism has permeated the American culture with a vengeance. It’s hard to avoid constant positive media coverage supporting the lifestyle. But what is routinely missing from the news is the effect transgenderism has on families. In the upcoming

American Family Studios (AFS) documentary In His Image, Denise Shick (photo, right) paints a clear picture of the struggles she faced growing up with a father who lived with gender dysphoria.

Childhood broken
Nine-year-old Denise Shick was washing dishes, caring for her four younger siblings, and focused on schoolwork when her dad approached. He took her outside and stated six words a young daughter should never hear.

“I want to be a woman,” he confessed.

As her father spoke, Shick sank to her knees. The dad she treasured was now explaining that he no longer wanted to be a man. The revelation was confusing and unsettling to her young mind. Shick began questioning whether or not God made a mistake when making her dad a man. Furthermore, it led her to question whether or not God had made a mistake in making her a woman.

Shick told AFS, “At that moment, I realized I was grieving the loss of my father.”

For almost 20 years, Shick was the only one of five siblings who knew their father’s darkest secret. As she began to mature into a teenager, her father grew envious of her feminine beauty. Shick found a peephole drilled in the bathroom wall. He had begun watching her undress and stealing her clothes, underwear, and makeup, as well as fondling her body.

The loss of her privacy meant freedom was gone. Unable to bear the weight of these emotions, Shick began to contemplate suicide.

Little did she know God would intervene in the form of a television talk show, The Phil Donahue Show (1970-1996).

She told AFS that on the show, she saw how “a boy was paralyzed because of his [suicide] attempt. I remember thinking that it would be worse to be around my dad and not be able to escape. So those stories alone frightened me into not committing suicide.”

Shick said God made Himself real to her when she was 15. Still trying to escape her father, she met her future husband, Mark. His love for Christ intrigued her, and she eventually accepted Christ as Lord and Savior. Unfortunately, her father’s secret still heavily impacted her life.

On her wedding day, before walking down the aisle, her father whispered, “I wish it were me in that gown.” In the blink of an eye, Shick’s most important day was shattered by her father’s secret desires.

“I was trying to get the courage to be able to walk up the aisle and smile,” she recalled. “But I felt like I was dying inside.”

God’s healing
When Shick was 28, her siblings learned of their father’s hidden desire to become Becky. He was leaving their family to pursue his dream. Heartbreak arose in Shick’s heart. She pleaded with her father to stay. She warned of how his leaving would force them into grieving the loss of a living person.

“If you go to pursue this other identity and become a woman,” she begged, “then I’m saying goodbye to my father because you’ll no longer exist.”

The new revelation of his leaving produced a hurt that could not be relieved. The depression Shick experienced after her father left was almost more than she could bear. Her family, like most struggling with transgenderism, was forced to let go of the person they had always known. She found the lack of closure to be one of the hardest things they faced.

“One thing with a funeral is that you have a funeral, there’s closure,” she explained. “There’s no closure for families that face situations like this.”

After her father’s departure, she ignored his letters and tried to forget his existence for 13 years. It was not until she became aware of his terminal cancer that she began to think of him again. After hearing this news, her first thought was, “Good!”

The coldness of Shick’s heart was as ice. She had harbored bitterness toward her father since she was nine. She didn’t want any type of healing or reconciliation at all.

Shick heard a still small voice speaking to her heart, “You need to go face him as an adult.”

Hesitantly obeying God, Shick and her brother went to visit their father for the first time since he had left the family. But to Shick’s surprise, his mental health had deteriorated so swiftly that he did not even recognize her. At first, he thought she and her brother were employees from hospice.

After she explained the hurt he had caused her all of those years, his tearful response was unsettling.

“Denise, I’ve done so much to you,” he confessed. “But I don’t remember so much either.”

The apology brought confusion. She began to wrestle with how this man should be able to abuse, hurt, and emotionally scar her and just get away with it. But through God’s perfect grace, Shick began to see the Lord would bring the ultimate healing to her hurting heart.

Through the openness of her father’s apology, Shick’s love for him began to return. Although he hurt her, he was not too far from grace. On her last visit to see him in the hospital, she witnessed how faithful God was to heal her from her brokenness.

Shick reminiscences: “After reading him Scriptures, I picked up my dad’s hand. And this is such a treasure to me because I was warming his hand. His body was growing cold. And so there I am rubbing his hand and his arms and trying to warm him up.

“Then I just thought, ‘Lord, look at the healing You’ve done through this time. Denise with the cold, angry, hurtful heart of a little girl is now trying to comfort her father in the time of his ending.’” 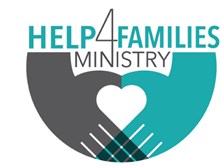 Help 4 Families
For the past 15 years, Denise Shick’s ministry Help 4 Families has been offering hope to families facing situations similar to those her family experienced. When her father chose transgenderism, there was no sort of support group to be found for families dealing with that issue.

Help 4 Families allows families to connect to others facing the same challenges. Through support groups, families can open up and find counseling concerning the grief, shame, and hurt that often follow transgenderism.

Shick said, “Help 4 Families honestly is about connecting others to give the support that our

family didn’t have, understanding that there is a real need for that.” Her latest book, When Daddy Leaves to be a Girl, is written for children ages 5-8 to help them understand the turmoil they face when a parent leaves due to transgenderism.

Help for the heart
In It Is Well With My Soul: Finding God’s Peace in the Transgender Storm, Denise Shick gives helpful advice to family members of those living in transgenderism. She reminds readers that even though storms rage, it’s OK to say, “It is well with my soul.”

Denise Shick dives deeper into her story about how her father’s gender dysphoria affected her family in My Daddy’s Secret.

Both books are available at help4families.org/amazon-resources.