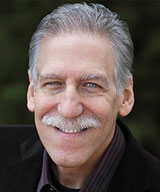 November 2020 – I had just finished a Q&A session at a church on Long Island when a woman about my age asked if she could speak with me privately. Her son, now in his late 20s and raised in a good Christian home, recently came out as gay, sharing the news with his mom and family. This emboldened his younger sister, also raised in this same godly home. She wanted her mother to know that she now identified as transgender. What was this mother to do?

This is the world we live in today, and these are the real-life situations that we face – situations involving people we know, people we love. How do we respond as God’s family? How do we walk in truth and love?

You might not feel called to engage in the “culture wars.” You may not consider yourself a theologian or Bible scholar. But what do you do when it’s your own child who is confused? How do you respond when your 8-year-old son wants to emulate another little boy who has become an internet sensation as the youngest drag queen? What then?

Back in 2004, when God first burdened me about the impact homosexual activism was having on our society, I was deeply concerned about the issues. But that concern quickly deepened, as I felt the Lord’s heart of compassion for the people.

In the months that followed, this mandate filled my heart: “Reach out and resist,” meaning, “Reach out to the people with compassion; resist the agenda with courage.”

As for the people, we are confronted with their stories every day.

A distraught woman emails our ministry, not knowing what to do after her husband, who is the father of their four children, announces he is leaving her and moving in with another man.

A pastor’s wife calls my radio show, facing a difficult, new situation. A faithful brother in the congregation just shared with the pastor that he was actually born a woman and had sex-change surgery years ago, supplemented since then by hormones.

The church only knew this person as Richard, but now “Richard” was feeling convicted, realizing that he was really she. What counsel should the church give? Did the Bible have anything to say?

When it comes to the issues, these confront us every day as well. The BLM movement was founded by radical feminists who identify as queer. They want to disrupt the Western, nuclear family.

A recent participant in an LGBTQ panel discussion for the Democratic National Convention identifies as a “Black-Vietnamese, transgender nonbinary/gender transcendent mermaid Queen-King currently living out their ever-evolving truths in Winston-Salem, North Carolina.”

Conversely, only a return to these foundational, biblical truths can get us back on the path to truth and reality – the path to wholeness, both spiritually and emotionally. And that’s why the church must lead the way in declaring that God’s ways are best, that there can be freedom and new life for everyone, including those all across the LGBTQ spectrum.

It has been my great privilege to host AFA’s one-of-a-kind documentary, In His Image. It has been crafted with love and care by a team of producers and theologians and medical professionals and moms and dads and sons and daughters, all of whom unite with one voice to proclaim, “God has a better way!”

It is our fervent prayer that the Lord would use this biblically-based, truth-telling movie to educate, equip, and encourage the church, bringing healing and hope to all those who are hurting and confused. May we learn what it means to be created in the image of God.

Michael L. Brown, Ph.D., is founder and president of FIRE school of ministry, a prolific author on Christian principles in culture, and host of The Life of Fire talk radio show heard on American Family Radio, Sundays 2:00-4:00 p.m. (CT).

Reach out to the people with compassion
In Can You Be Gay and Christian?, Dr. Michael Brown equips Christians to employ both truth and love when responding to those who live in or approve of a gay lifestyle.

What is God’s heart on this matter? What would Jesus have us say? This book brings clarity to the biblical position. Available at afastore.net.

Resist the agenda with courage
Dr. Brown boldly proclaims hope in Outlasting the Gay Revolution. He says a society based on sexual anarchy, the deconstruction of gender, and the redefinition of marriage simply cannot thrive and survive. He outlines eight principles that offer hope and encouragement.

Available at Dr. Brown’s website, askdrbrown.org, and other booksellers.

____________________
Special edition on new documentary by Randall Murphree, AFA Journal editor
In His Image: Delighting in God’s Plan for Gender and Sexuality, a new feature-length film released in October by American Family Studios (AFS), is expected to impact the cultural debate on gender and sexual orientation in America, a debate that has hit inside the church as well.

Three years ago, as AFA leadership discussed the sweeping changes involving the transgender movement in the nation, some recommended making a documentary on sex and gender. We hesitated. Making films is expensive and time-consuming. We decided to continue hitting the topic in AFA Journal, on our talk radio network, and on our internet-based content outlets.

But the documentary idea would not go away. The more we prayed about and discussed it, the more it seemed AFS was supposed to tackle it. Meetings began in earnest to sketch out the details we wanted the documentary to include.

The theme that all persons are made in the image of God became settled in our discussions relatively early. We resolved that the film would handle the subject with truth and grace, without apology or compromise.

The film had to be compassionate if we engage with those who struggle with same-sex attraction or gender identity and others who advocate anti-biblical lifestyle choices. We wanted the movie to be a gospel-centric outreach to that audience as well as offer help and hope for their families and for pastors and church leaders to minister in this challenging arena.

This issue of AFA Journal carries a series of stories featuring a few of the many people who appear in the documentary – pastors, family members of LGBTQs, transgenders who returned to their true gender, biblical and scientific scholars, and more. The articles have appeared one each month in the magazine since November 2019, making this issue a perfect complement to the documentary itself.

“In His Image is everything we’d hoped and prayed it would be,” said AFA executive vice president Ed Vitagliano. “For years to come, we believe this important film will help countless, precious souls come to grips with God’s purpose for their sexuality and gender, and the divine love that will not let them go.”

Order your DVD
Many churches in America include hurting people asking these tough questions: Can you be gay and be a Christian? What if someone genuinely feels trapped in the wrong body? Did God make me this way? Is change even possible?

See here to order your DVD copy of In His Image and copies of this special edition of AFA Journal available in packs of 10 at $10 per pack.