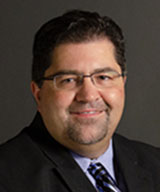 Above, Maize Warren as “The Wanderer” in In His Image.

November 2021 – Maize Warren entered college as a nursing major in 2010. However, inspiration from an American Family Radio (AFR) program changed her direction.

“I had been listening to Sandy Rios in the Morning on my way to school,” she said, “and I thought, ‘You know, she’s so articulate. If I could be like her, if I could articulate my feelings, it would be so fulfilling to be on the radio, or to be able to present my thoughts the way that she does.”

That was the catalyst that led to a change, as Maize switched majors and earned a bachelor’s degree in broadcast journalism with a minor in communication from Arkansas Tech University.

Growing up in the small rural community of Pontoon, Arkansas, life was enjoyable – and simple. Everybody pretty much knew everybody.

Having a tightknit family with Christian parents and grandparents living nearby gave Maize a solid spiritual foundation, and she gave her life to Jesus Christ in 2006. She proudly shared that her brother Alec served six years in the Air Force and has a family of his own.

Journey to AFA
After college, Maize applied for an internship at Family Research Council in Washington, D.C. She got the position and interned there from September 2015 to May 2016. She said, “It was made clear to me that I could stay there potentially and work, but I am not a city girl by any means.

“And I knew I had to apply at AFR, or to at least try to get an internship.” Her persistence paid off, and Maize worked as an intern at AFA from June to August 2016. She was then hired full-time in September to work in AFA’s American Family Studios (AFS), for which she directs the social media arm.

Maize began attending a singles Bible study at The Orchard Church in Tupelo, where she would meet her future husband, Brian Warren. They married in 2017 and now have a son named Rhett. During her spare time, she loves photography, and she says taking pictures of people brings joy into her life.

Journey to the screen
A great honor in Maize’s life was having a role in the AFS documentary In His Image: Delighting in God’s Plan for Gender and Sexuality. Maize plays The Wanderer, the unnamed young woman who hikes between scenes and writes in her journal. She said The Wanderer “represents individuals – I think she represents the church as a whole, enduring to know God’s Word and what it has to say about something that affects people around us who we love so much.”

Maize said, “The Wanderer went by herself into the woods. I always imagined her having a close friend who was struggling with her sexuality, and that she just was hurting so much because she didn’t know what to do. She also knew what God’s Word had to say in general. But she didn’t know the full biblical position.”

The film reveals how severely people are hurt and divided over sexual issues. It made Maize realize that everyone must study the Bible and know what God has to say about an issue regardless of one’s personal feelings about it.

Impact of In His Image
According to Maize, the documentary is touching lives. For example, she said, “Even some couples who’ve been in homosexual relationships for years, who watched this together, have contacted AFS to say, ‘We can’t do this anymore.’” Watch In His Image for free at inhisimage.movie or order DVDs at resources.afa.net.