The church’s call: Lift up the president in prayer 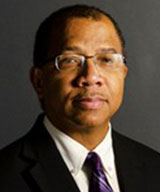 April 2020 – Therefore, I exhort first of all that supplications, prayers, intercessions, and giving of thanks be made for all men, for kings and all who are in authority, that we may lead a quiet and peaceable life in all godliness and reverence. For this is good and acceptable in the sight of God our Savior, who desires all men to be saved and to come to the knowledge of the truth (1 Timothy 2:1-4, NKJV).

Many things going on in Washington are clearly spiritual battles that play out in the lives and actions of our leaders there. What we see happening is intense and relentless spiritual warfare, much wrestling between the kingdom of Light and the kingdom of darkness.

More than ever, we need to be praying for President Donald Trump. Thus far in his presidency, he has done many things to promote godly values. He has been extremely courageous in seeking to do things that are in the best interest of the nation.

Scriptural direction
Sadly, those who oppose him have been vicious and aggressive. Because he has sought to do things that line up with the Word of God, the devil has targeted him like he has rarely if ever targeted any other president in history.

The church of Jesus Christ is clearly called to pray for leaders and those in government and positions of authority. And it is critical that the church takes this task seriously.

Why is this so important? There are a number of reasons. One reason is cited in 1 Timothy 2, as we are clearly and directly told to pray for “all men, for kings and all who are in authority” (v. 2). Donald Trump is our president. We need to pray faithfully for him every day in obedience to the Word of God. If many believers spent just a portion of the time praying for him that they spend complaining about and criticizing the president, there would be a lot more prayers lifted up, and much more good would be accomplished.

From the media, the opposing political party, and his own political party – it appears that opposition is coming against this president from every side. It seems there are those who don’t like him no matter what he does. The opposition to him is very intense, and much of it doesn’t even seem to make sense

Yet, on second thought and from a spiritual perspective, it makes plenty of sense. President Trump has made it a point to carry out certain mandates, a number of which line up with counsel from the Word of God.

Strong decisions
For example, he has taken a strong stand against abortion – in word and in deed, which is consistent with this commandment: “You shall not murder” (Exodus 20:13, NKJV). He has officially recognized Jerusalem as Israel’s capital, showing adherence to these words: “Pray for the peace of Jerusalem, they shall prosper that love thee” (Psalm 122:6, KJV).

Time and time again, he has made decisions that are genuinely in the best interest of our nation. Some might say, “Well that’s what our leaders are supposed to do.”

That is true. But unfortunately, we live in a world where leaders often, make decisions that are detrimental to the good of the people. And too often, they reject all accountability and appear to suffer no negative consequences following their errant actions.

The call on the church is clear. We are called to pray for our president and other leaders in authority. We need to be consistent, fervent, and persevering in prayer. The success of the president is directly connected to how faithfully the church is praying for him. (See Exodus 17:8-13.)

Let’s keep the president and all of our leaders lifted up in intense prayer and intercession every day. That’s the way we can see victory in this spiritual war.